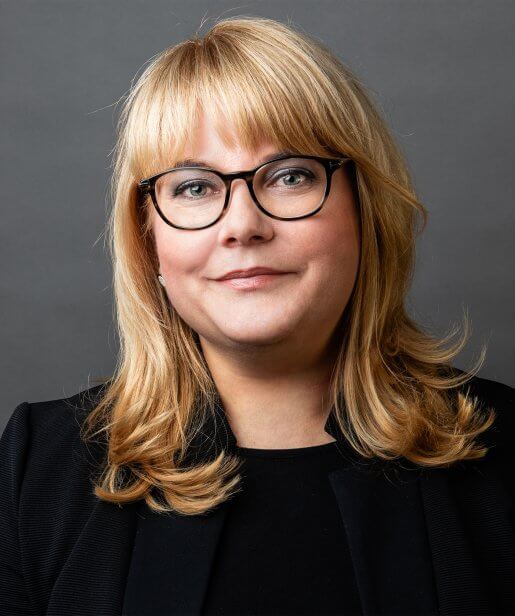 Anja Becher joined the Berlin Office of Ogletree Deakins International LLP as a Certified Employment Law Specialist in February 2016. She advises national and international clients on all aspects of German individual and collective employment law and supports them in dealing with the daily challenges of employment law.

Anja Becher also focuses on advising clients in the area of company pension schemes, in particular on the introduction and amendment of pension schemes, on the adjustment of pension benefits and their division in the context of pension rights adjustment in the event of divorce as well as the transfer of pension commitments and pension entitlements, e. g. in connection with a transfer of business operations. Anja Becher also represents employers in disputes regarding company pension laws.

In addition, Anja Becher also advises clients on restructurings and regularly deals with issues relating to temporary staff and personnel leasing as well as social security and compulsory enforcement law. Anja Becher has special experience in dealing with the German Pay Transparency Act (Entgelttransparenzgesetz), including employee claims for information based on it.

She represents clients before all German labor courts and state labor courts, up to the Federal Labor Court (BAG), but also in the conclusion of works agreements including balance of interests and social plans.

Prior to joining Ogletree Deakins, Anja Becher worked as a lawyer in the areas of Employment Law and Litigation at SammlerUsinger Rechtsanwälte Partnerschaft mbB in Leipzig and Berlin for several years and was seconded to the German legal department of the ArcelorMittal Group (Berlin) from 2013 to 2014.

Before the end of the last legislative period, the legislature amended Section 7a of the German Social Code, Book IV (SGB IV), which governs the so-called Status Determination Procedure.

Last week, the German Bundestag and Bundesrat approved a necessary amendment to the COVID-19 Protective Measures Exemption Ordinance, which cleared the way for the Federal states to implement the new “Corona Quarantine Rules” announced on January 7, 2022 at the Conference of Minister Presidents.

In order to view this item, you will need to subscribe to [source].